2020 is here, but we’re not quite ready to leave 2019—which was no letdown in climbing and the growth of the sport—behind yet. With the Tokyo Olympic Games in their sights, the strongest climbers the world over have only gotten stronger. The award-winning documentary Free Solo continues to shock both the general public and the climbing community. And, here at The Cliffs, we’ve opened a brand new gym in Philadelphia! Read on for our recap of the climbing world in 2019! 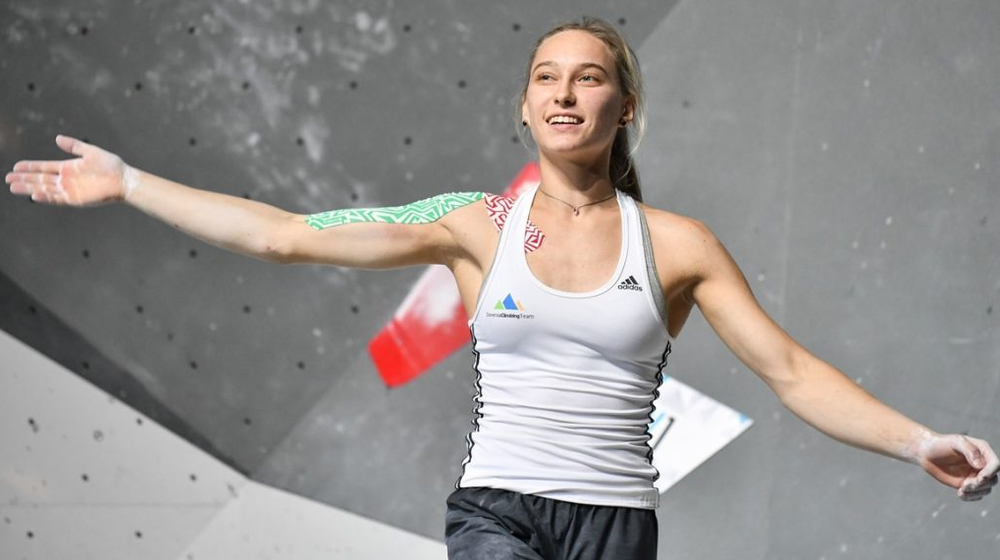 Slovenia’s Janja Garnbret became the first person to win all 6 bouldering World Cups in a single season. The completion of this feat marked her 25th ever bouldering World Cup win! As if that weren’t enough for Janja, she’ll be heading to the Olympic Games in Tokyo next year. 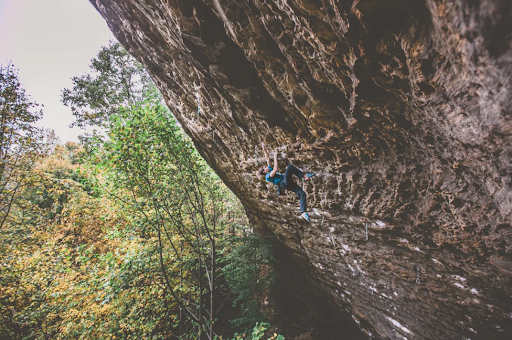 Nine-time Youth National Champion Colin Duffy from Boulder’s Team ABC sent three 5.14s in a single day including the onsight of Omaha Beach 5.14a. He stands at 5’1”, and he’s only 15! Kids these days… 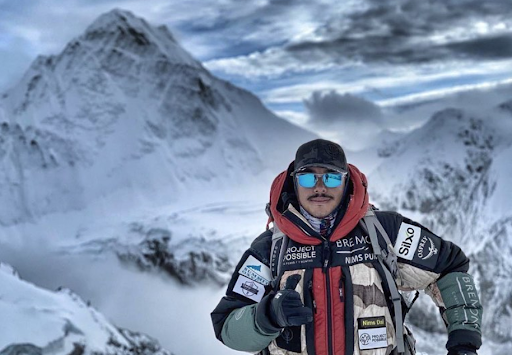 Nirmal Purja at Cho Oyu Base Camp // Photo via ExplorersWeb

Nepalese climber Nirmal Purja became the first person to summit all fourteen 8000 meter peaks in a single season. He accomplished this feat over the course of just 6 months and 7 days, lightning speed relative to the previous record of just under 8 years. 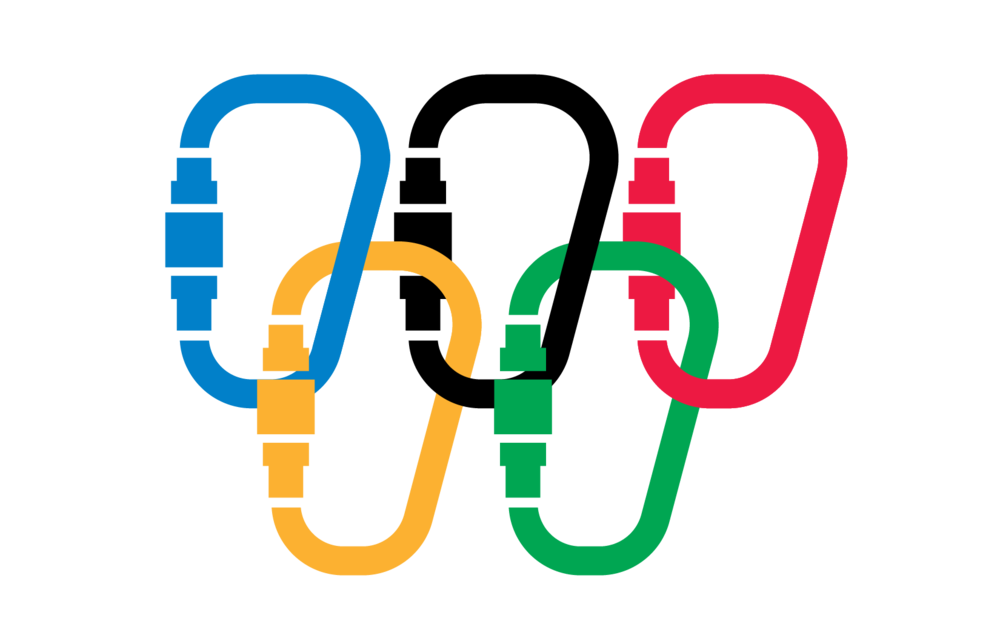 There’s been a shift in focus from many elite climbers this year, as they set their sights on a chance at qualifying for Sport Climbing’s inaugural showing at the 2020 Summer Olympic Games in Tokyo. 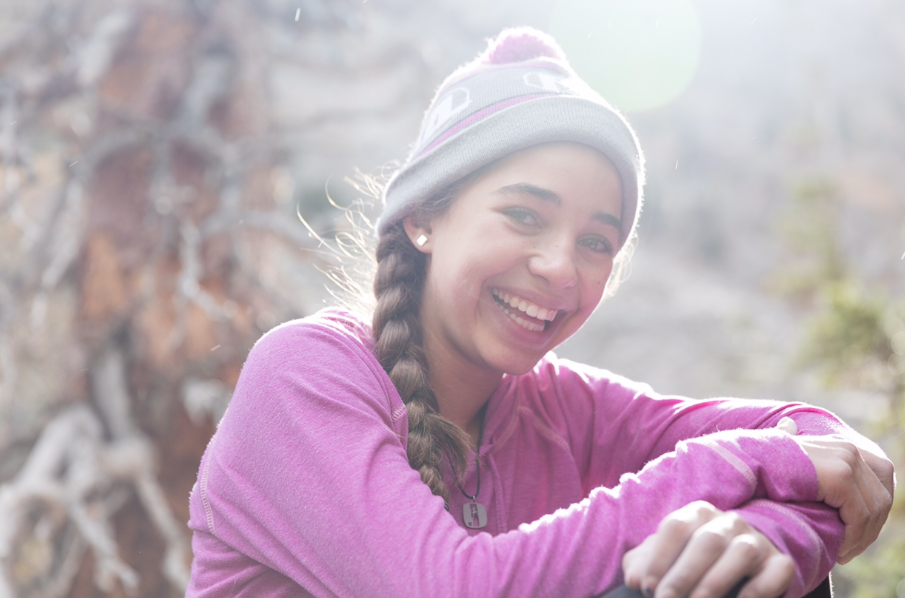 Brooke Raboutou was the first American climber to qualify for the 2020 Summer Olympic Games where “Sport Climbing” has its Olympic debut in Tokyo. She qualified after a stellar performance at the IFSC World Championships in Hachioji 2019, finishing her best of the season, placing 9th overall. 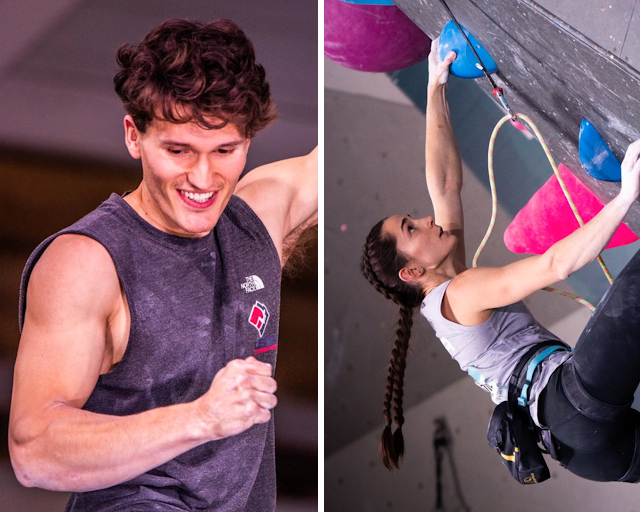 Joining Brooke are Nathaniel Coleman and Kyra Condie who have qualified thanks to their showings at the IFSC Combined Qualifier in Toulouse 2019.

Athletes will be competing in all three disciplines (bouldering, sport, and speed) in this combined-style climbing competition. There will be 40 total athletes in the games. Keep watching to find out if the US will be sending another male athlete to the games! 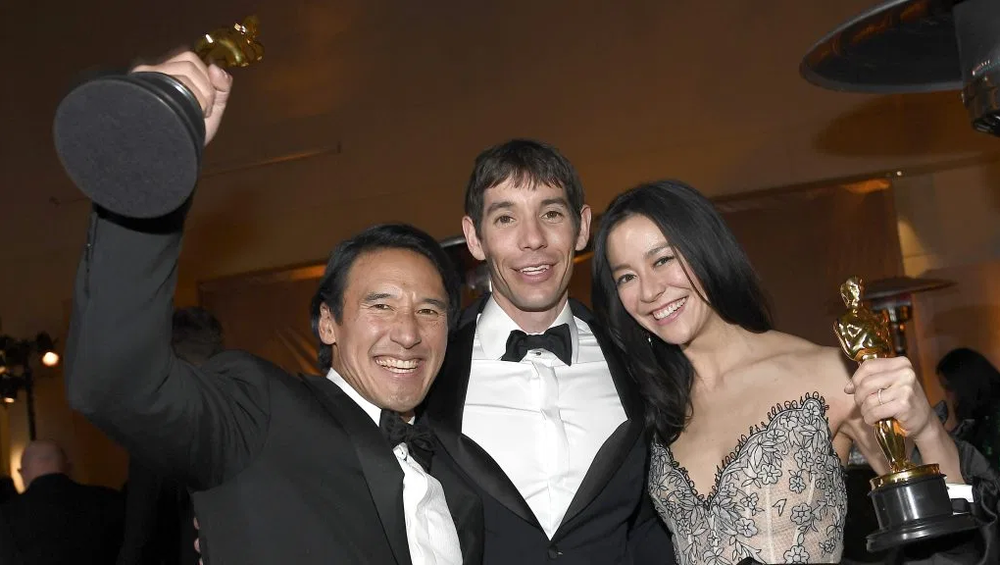 Directed by Elizabeth Chai Vasarhelya and Cliffs’ climber Jimmy Chin, Free Solo continued to make waves in 2019. After its debut in September 2018, it went on to win numerous awards in 2019: the Academy Award for Best Documentary Feature, the BAFTA Award for Best Documentary Feature, an Oscar, and, not one, but seven Emmys. The revolutionary film has been eye-opening for climbers and non-climbers alike evoking intense feelings from seemingly every human but Alex Honnold.

USA Climbing launched a Diversity, Equity, and Inclusion Task Force (DEITF) to ensure that the sport is open to and inclusive of everyone no matter their race, color, religion, national origin, gender, sexual orientation, or gender identity. This is a wonderful step in the direction of solidifying the tradition of a safe and open climbing community. 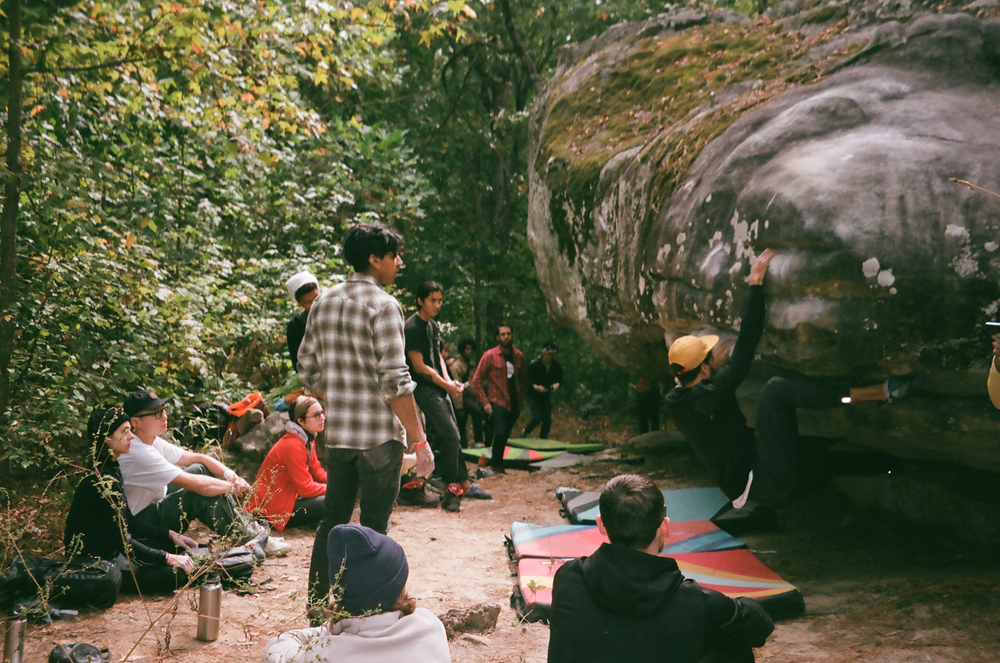 The Cliffs’ Color The Crag scholarship winner Han Alexander headed down to the hills of Alabama for this year’s climbing festival. Color the Crag was created to celebrate diversity in climbing and bring people of various colors and backgrounds together. Connecting climbers of color is their mission, and every year The Cliffs awards a scholarship for a deserving recipient to make the trip. Thanks for representing the NYC climbing community, Han! 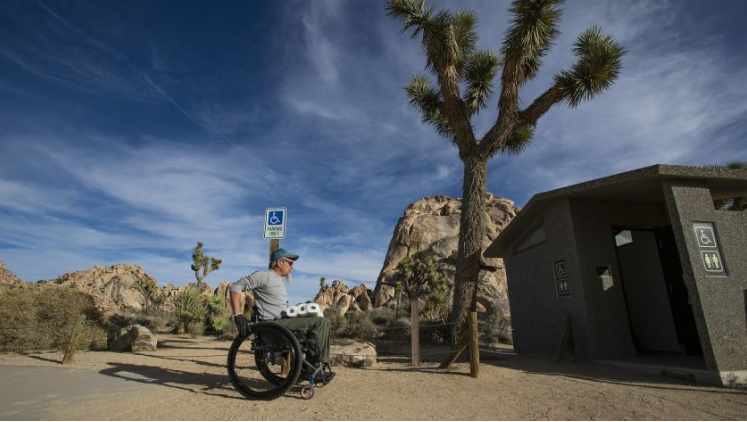 Operations in National Park climbing meccas around the country shut down during the 35-day United States government shutdown that kicked off this year. Climbing communities and organizations rallied to help take care of these natural resources in any way they could. Thanks so much to Friends of Joshua Tree and Yosemite Climbing Association and others who dedicated their time and energy to helping out during this drastic situation. 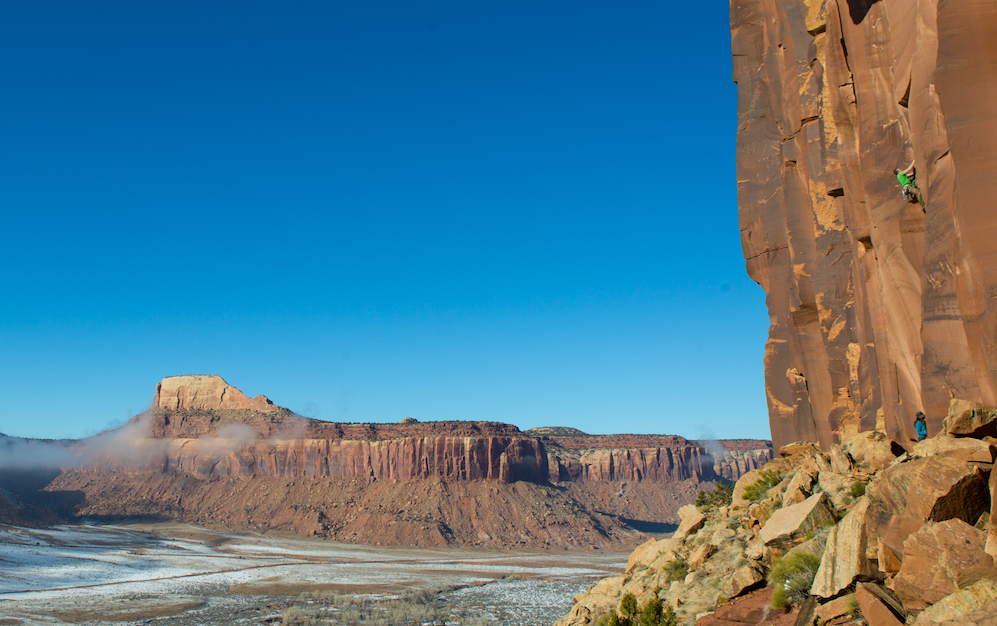 In Bears Ears, the Bureau of Land Management was rushed to create their management plan due to Trump’s 2017 executive order to reduce the size of Bears Ears by 85%. The Access Fund continues to fight the reduction of Bears Ears in court—here’s hoping that a reasonable sustainable solution can be found before too late. Donate to Access Fund to help them in their fight. 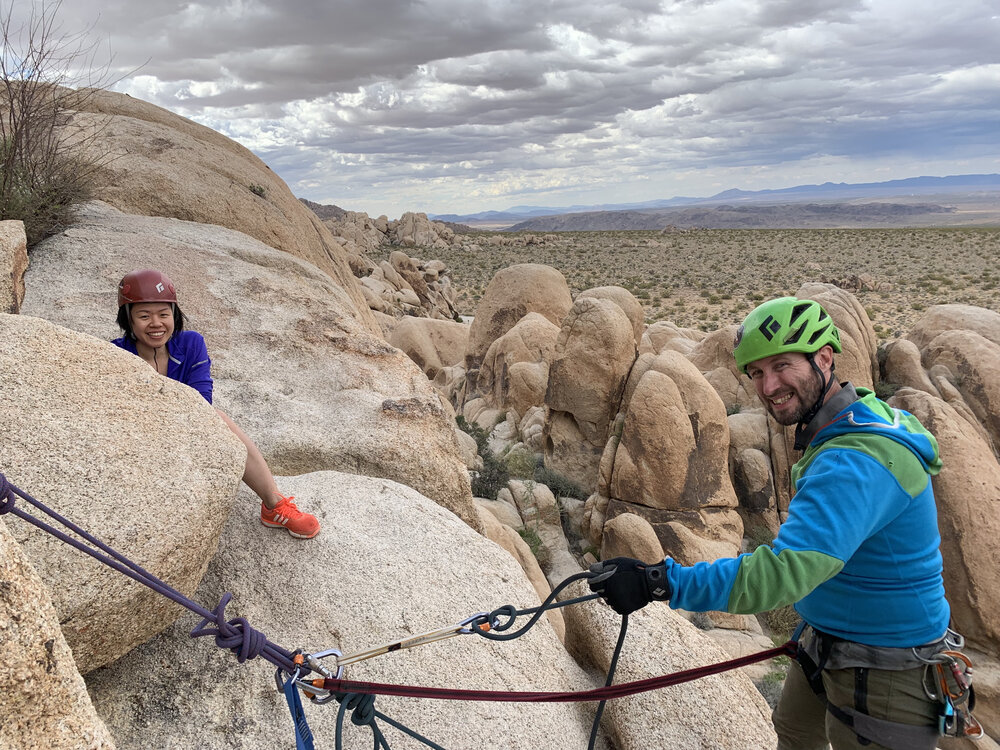 The Cliffs Outdoors has upped the ante in 2019. Cliffs’ Director of Climbing TJ Ciotti has lead Cliffs climbers upstate to the Adirondacks and out West to the climbing meccas of Joshua Tree and Red Rocks, while continuing to teach outdoor climbing skills directly at the crag. Stay tuned for more classes + bigger and better trips to come in 2020!

A new gym has joined the growing list of Cliffs climbing locations: Callowhill in Philadelphia! We opened our doors to the public in November and hosted a killer grand opening party in December. We’re so excited to be a part of the Philly climbing community and are grateful to be welcomed with such open arms. If you haven’t visited yet, check it out! 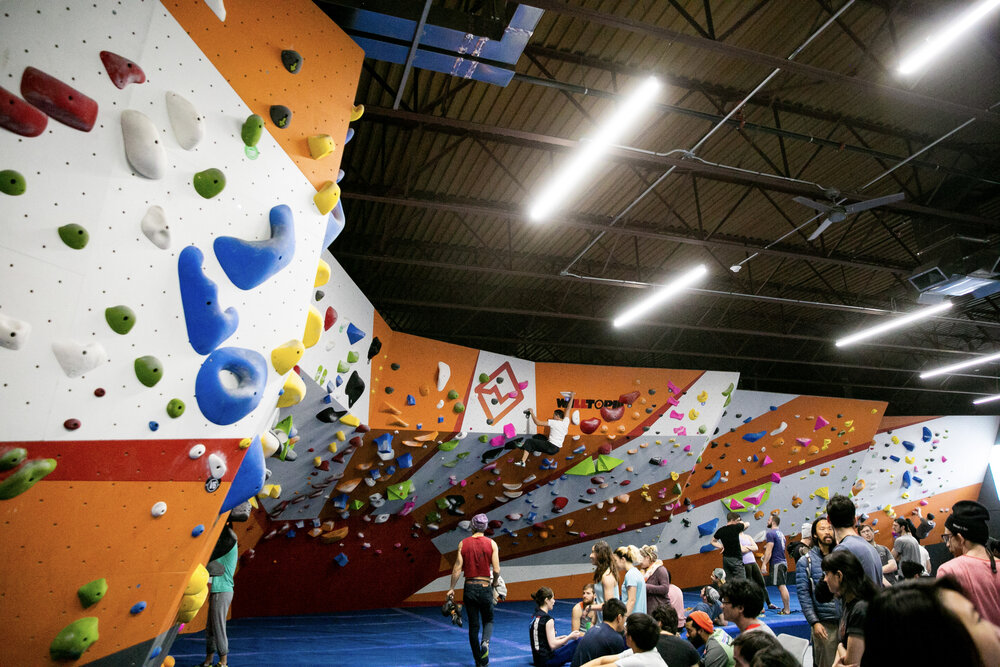 The Cliffs at Callowhill // Photo by Lorraine Ciccarelli

The Cliffs’ routesetting team ditched the tape and is using some clean looking new tags in the bouldering area! Grades are important to show progression and give climbers a guideline on what to try next but should not be the main objective of success or failure. We hope everyone has been enjoying this new system and can approach climbing with a different set of eyes. ⁣

In case you need a reminder: each problem will be marked with one start tag, and anything equal or below the start hold can be used for your second start hand. ⁣ 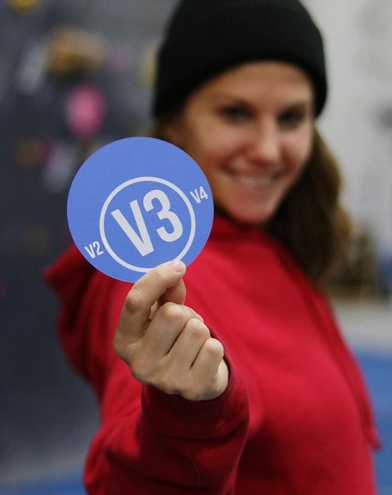 New bouldering tags at The Cliffs // Photo via @thecliffslic on Instagram

Youth Climbers at The Cliffs

Young Women Who Crush (YWWC) is now in its third year. With over 30 girls and several huge sponsorship deals, the program has grown bigger than ever.

The 2018-2019 crew wrapped up their wildly successful year with a day of outdoor climbing and then a separate overnight trip. Snow Peak hooked them up with tents and other camping essentials, Clif provided fuel and funds for their adventures, and each girl donned a snazzy new pair of Evolv shoes. Thanks a million to these wonderful sponsors as well as Mountain Skills and the Mohonk Preserve for helping these girls to build the courage to learn and grow together as women who rock climb. 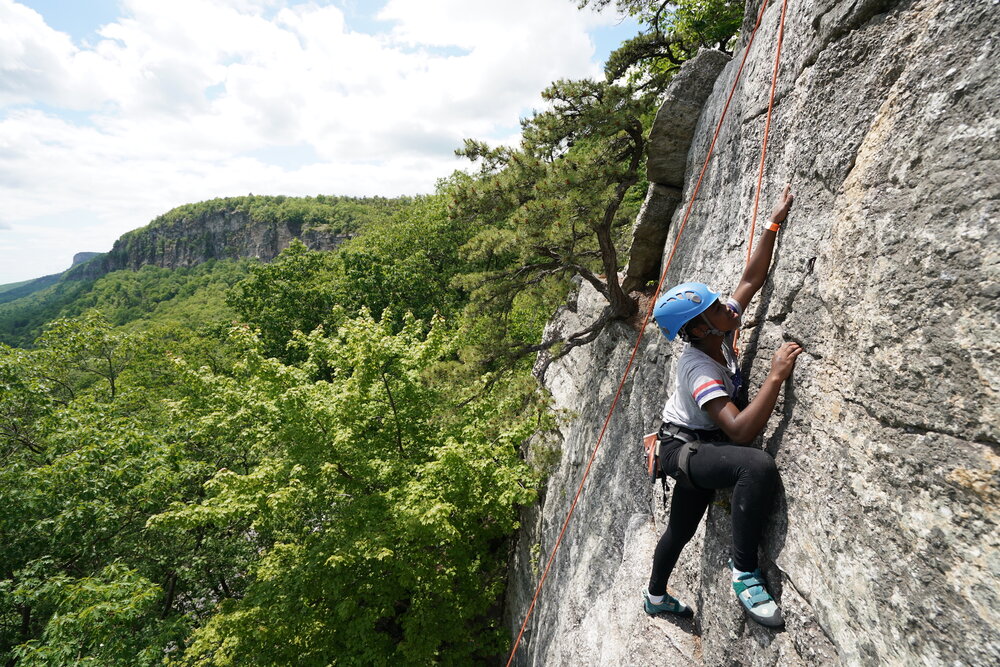 With lead climbing added to the curriculum for this third installment, 2020 could take these girls anywhere. Help them continue to grow + run independently by making a donation—all are tax-deductible!

In other news, the Vikings competitive teams has had a team makeover. 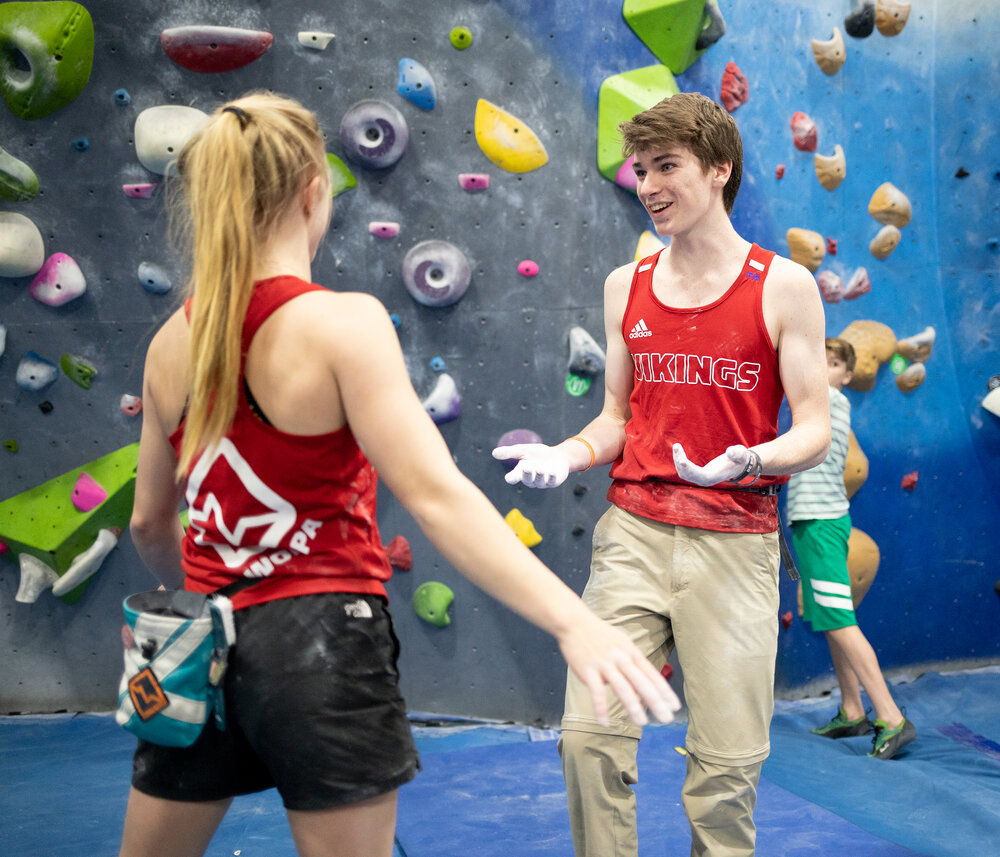 Members of the Vikings Stealth Team at The Cliffs

The team is having a fantastic bouldering season with seven climbers qualifying for the Divisional National Championships that will be held at Beta climbing gym in Stanford Connecticut in early January.

The youth team wants to thank The Cliffs community for all of your support all season long—if you see any of the climbers or coaches around, say hi! 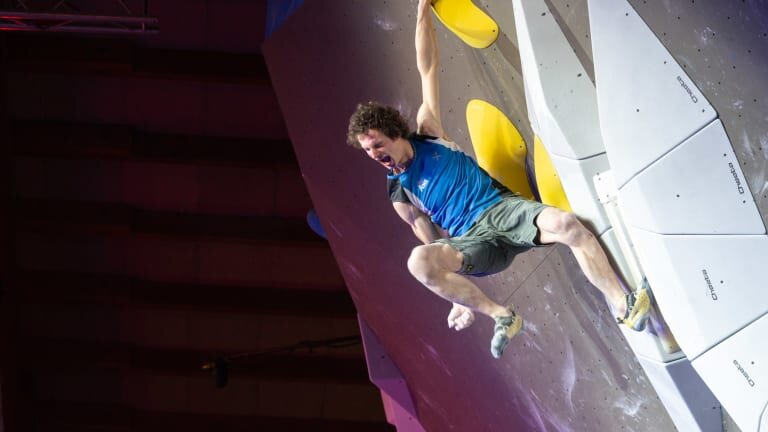 Adam Ondra’s flash of “The Crack Climb” during the Meiringen Bouldering World Cup Final was full of classic Ondra flair!

2019 was nothing short of fantastic for the climbing community, and we couldn’t have done it without the beautiful Cliffs’ community. Everyone here has been an amazing presence in The Cliffs’ life, and we can’t wait to see what the future holds. We hope you’ll stay along for the ride; see you in 2020!

We dedicate this post to one of our gym’s icons: our friend Aidan Silitch. His vivacity lives on in our hearts and minds. We also dedicate this to Brad Gobright who met his end doing what he loved.