Many of our climbers will recognize Kaitlin as a constant and positive presence behind the desk at The Cliffs at LIC. She’s also often found sport climbing in the high bay and drowning gym puppies in affection. In October of 2017, Kaitlin was badly hurt at a crag in Pennsylvania when a falling rock hit her right knee. She was rescued from the scene and went into surgery a few hours later, to be followed by a long and slow recovery process.

Now, a few months later, Kaitlin has just about returned to her regular routine: working at The Cliffs, spoiling all the gym dogs with treats, and she’s back to climbing, too. 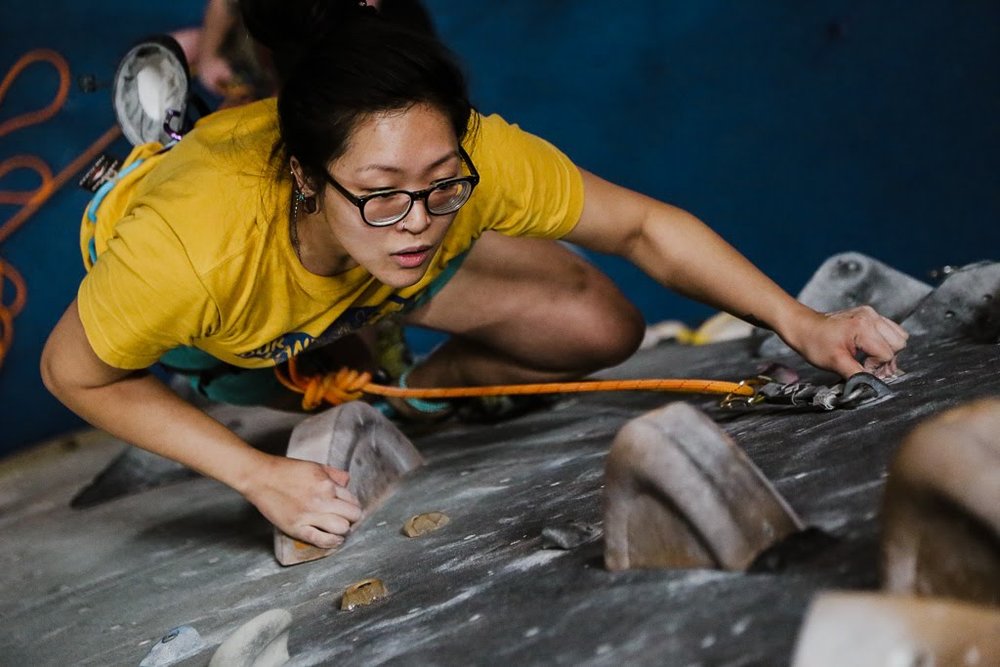 Another one of our staff, Alice, recently started a project that celebrates the diversity of climbing voices and lifestyles. That project is Yenu, a website dedicated to climbers pushing their boundaries.

Alice is telling the stories of climbers through Yenu’s newsletter, videos, and photographs, and she recently interviewed Kaitlin to find out more about her accident, recovery, and triumphant return to climbing. Here’s an excerpt: 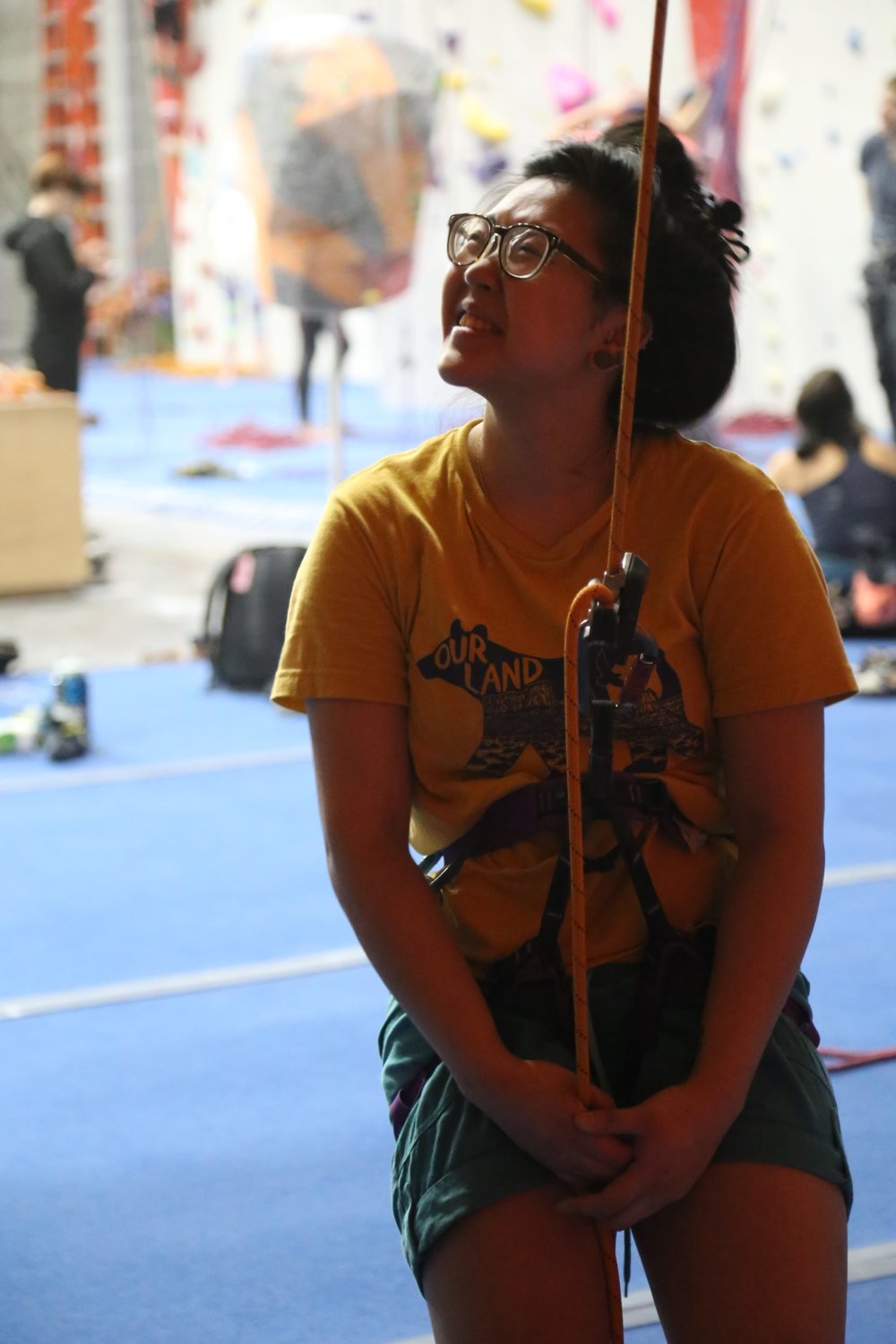 Head to Yenu to read Out of Nowhere, the full story of Kaitlin’s recovery and return to sport climbing! In the interview, Kaitlin says: “I wasn’t expecting how generous people would be. I knew the climbing community takes care of their own but I really wasn’t expecting that much. It was pretty overwhelming when I started to see how much was coming in from other people. The bigger donations were from people from the gym who I wasn’t close with but knew from interactions. I appreciate the climbing community even more. Now I feel indebted to it. I want to keep giving back to (the community).”

We’re so glad to have Kaitlin back on our team, but most importantly, climbing again. Make sure to subscribe to Yenu’s newsletter for stories like these featuring #thecliffscommunity and more.